A strange weekend.
Friday afternoon I got a message from my brother that my mother had fallen.
She lives in Minnesota and Minnesota = snow and ice. She slipped on the ice and broke her femur 4 inches below the hip which resulted in her having surgery to place a rod and screw. My mother laid up for the next 2 months is not good...for anyone. The woman is forever on the go and was to leave for Costa Rica on Thursday.
I hate being so far away from home when things like this happen.
I want to be there to help, to do anything.
I went digging through my pictures to show you and found these.
We went on a mission trip to South Africa in December of 2006 and had the best time and actually got pictures of us together. This is a rare occasion because I am usually the one taking the pictures and she is the one complaining about getting her picture taken.

This is us waiting in the airport in D.C.
Cape of Good Hope...nothing like stating the obvious.

This little girl grabbed my mother's hand and did not let go.


My baptism
It was just a little chilly.
My favorite picture of the two of us.
Today, after I was outside working in the yard I came in and logged onto the computer and checked Facebook. I was so shocked to read that  classmate and friend was killed on his snowmobile yesterday. Just so hard to believe and just so sad. John, I pray for peace and comfort for your family. You will be sincerely missed by so many.


"May the road rise up to meet you, may the wind be ever at your back.
May the sun shine warm upon your face and the rain fall softly on your fields.
And until we meet again, may God hold you in the hollow of his hand."

Culpeper had their Annual Art Show this weekend. A HUGE event in the minds of the young children featured at the Culpeper Depot!

Last year Carter and Sam were featured and we, Bob and I....gasp! FORGOT! I was so bummed. Could not believe that I would forget such a monumental event in my children's lives. What kind of mother am I? Busy is what I came up with. Not a good excuse, but the only one I had at the time.

This year we were not going to forget and we showed up at event with great flair. Well, not really, but it sounds good.

After strolling the gallery and viewing the artwork that were deceptively simple and quintessentially Culpeper, we briefly chatted with the curators (the elementary art teachers) while enjoying cake and punch!

Email ThisBlogThis!Share to TwitterShare to FacebookShare to Pinterest
Labels: family

Monique would do anything to escape what she believes is the scariest place in the world: Middle school.

But when she finds herself in a strange new place surrounded by a bunch of odd characters, Monique begins to have second thoughts about returning to those familiar school hallways.

Heidi Thelin, a 14-year-old Culpeper Middle School eighth-grader, will portray this embattled character in her school’s version of “Freak” .

Written by Angela Hill, this one-act contemporary drama features a cast of 26 middle school students dealing with the consequences of bullying.

“Everyday it gets harder and harder,” Monique tells Maniacal Max the ringmaster (Catie McCormack). “I know I should just suck it up and ignore it. Just pretend. But as much as I try, as tight as I close my eyes … it’s still there. That hall. That long, cold, terrifying hall … Everyday at 10:43, it’s the scariest place on earth. What did I do? How come it’s me? Everyday. All the time. What makes me the freak?”

After wishing to flee the constant torments of her classmates, Monique ends up at the circus sideshow, otherwise known as the Freak Show.

“She just wants to disappear because she thinks nobody likes her and she’s all alone,” Heidi explained before Thursday’s first of three performances. “At first, she doesn’t really like it until she starts to see that she can relate to some of the characters. She also learns that other people have insecurities, too. In the end, I learned that you don’t have to feel alone.”

Some of the freakish characters include: Lilly the fat lady, (Chloe Dawson, Lizzie Sabio)

Sophia Mosby, who plays disfigured Bella in the Freak Show, explained that everyone has certain concerns about themselves.
“We all have to learn to embrace our insecurities and make the best of them,” said the 13-year-old CMS eighth-grader.


Zachary Greenfield, a 13-year-old CMS eighth-grader who plays Damien the demon, said portraying his character helped him understand empathy for others.
“You can actually feel how they feel about being the one (picked on),” said Zachary.


CMS Drama Director Deborah Edwards said this play will serve as the school’s kickoff to the “Acting Against Bullying” campaign.

“It’s an anti-bullying program through theater education,” Edwards explained Thursday. “I would really like to bring awareness to the community about this.”

Students will also participate in different bullying scenarios once a week, Edwards added.

“We decided to put this on as a school production after the kids received a lot of positive feedback from administration,” Edwards said.

Email ThisBlogThis!Share to TwitterShare to FacebookShare to Pinterest
Labels: family

A teenager is in our midst...

Thirteen years.
MY eldest has become a teenager.
I keep waiting for "like" something "like" really weird to happen.
I mean, gosh!
She did "like" grow 6 inches in the last month, and has legs up to HERE!
The phone is busy, like, all the time.

She did ask me if I needed her help today with cleaning, and then went and cleaned her bathroom. I still have not completely recovered.
There is a white cord permanently attached to her ear and does tend to ignore me when asked to empty the dishwasher or clean the cat box....hmmmm.
The eyes do tend to "roll" around in her head.
Wal-Mart and Target are no longer acceptable.
Products are taking over her bedroom.
I guess if this is the worst of it, I will take it.
Anyway, she is dealing with a pro, I was thirteen once.
Posted by Need A Latte Mom at 9:21 PM 3 comments:

The teeth have been falling out of the Mosby boys' this week.

When Carter was about 2 years old he was brushing his teeth and admiring himself in the mirror and cracked his front tooth on the faucet, leaving him with a dark tooth. Fast forward through the next five years and it has changed a few different colors, loosened and then tightened back up and an infection of the gum. A couple times I thought he was actually going to lose it, but no such luck. We tried to entice him to wiggle it by telling him about the tooth fairy bringing $, he wasn't buying it. Finally 3 weeks ago the dentist told him that he has 2 1/2 weeks to wiggle it  out or it was going to get pulled. Mind you he will be 8 years old in a couple of weeks and still had not lost a tooth. We even bribed him with a DS Game.

Well 2 1/2 weeks came and a tooth fell out. Not the tooth we wanted out but a tooth none the less.

My first son Sam went to the Orthodontist last week and got the "orders" to pull 8 teeth. We made the appointment to have 4 done on Friday and then 4 more next Wednesday.

Carter agreed to get his pulled first. The tooth was a little more stubborn than we originally thought. Imagine that.
Carter is getting a little "sleepy juice" for the gum.
Can you just hear his nervous little laugh?


Sam was pretty stoic, did not seem at all nervous (I was, not wanting to pass out on my son). The first shot came, then the second and when the third went in on the palate he squeezed  my hand HARD!

When we headed home he was feeling kind of queasy and when we got home he curled up on the sofa. Ozzy was offering him comfort.


Then his buddies called....

You know when you bring a your dog  home from the vet. He has been injured, cannot walk up/down the stairs so you carry him outside to go to the bathroom. You feel so bad for him because he is hurting. Then he  gets the scent of a dog in heat and he takes off like a bat out of hell, running like nothing is at all wrong with him. And you wonder...WHAT THE HECK?

That was Sam. His friends called and he was gone, going outside to jump his bike.

Well he was to have 4 more pulled on Wednesday but went to a friends house today and lost another one eating a Skittle. Let see just how much sympathy he gets from me next week.  HUMPH!
Posted by Need A Latte Mom at 10:15 PM 5 comments: 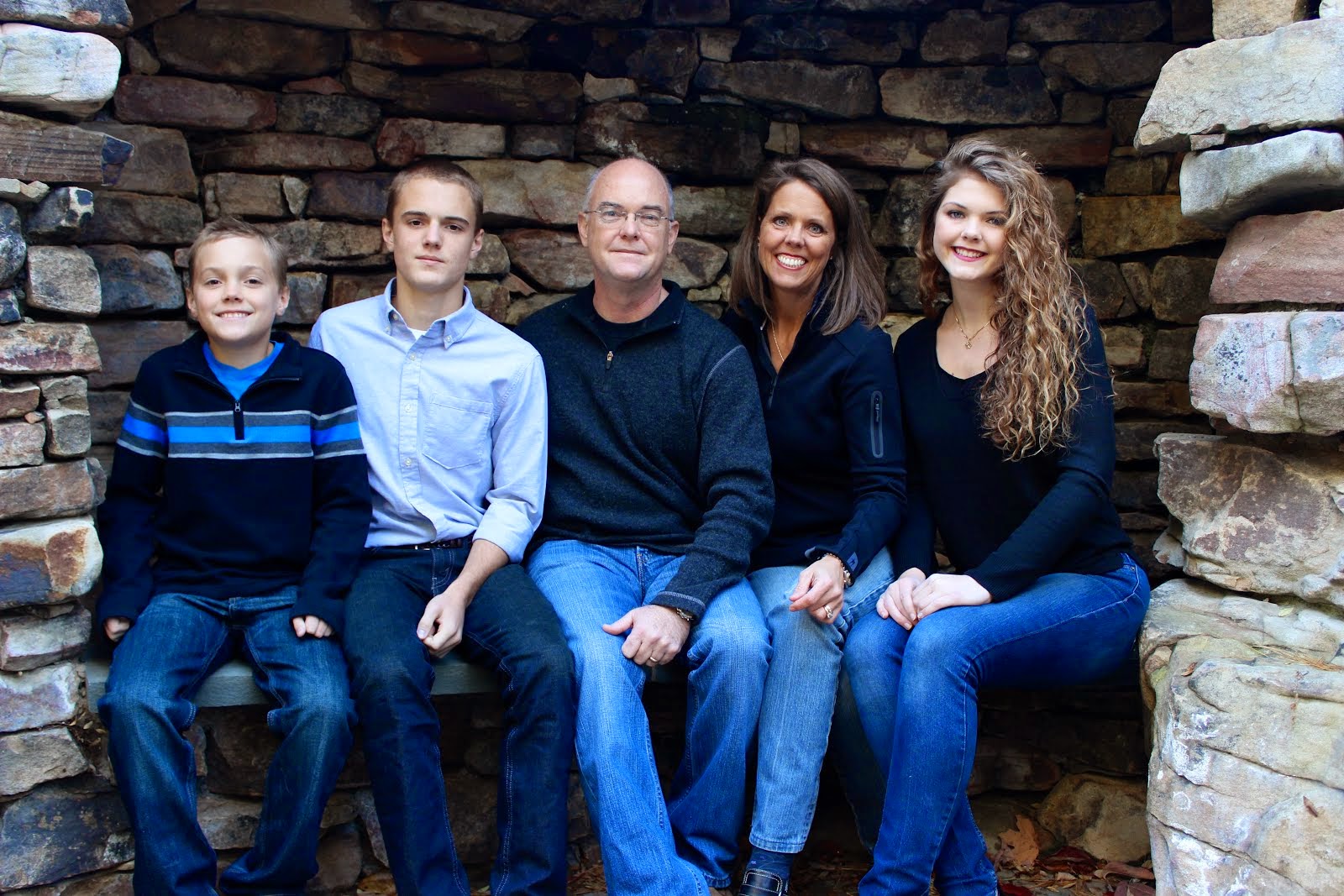